Pro Builder Arches From A Cog 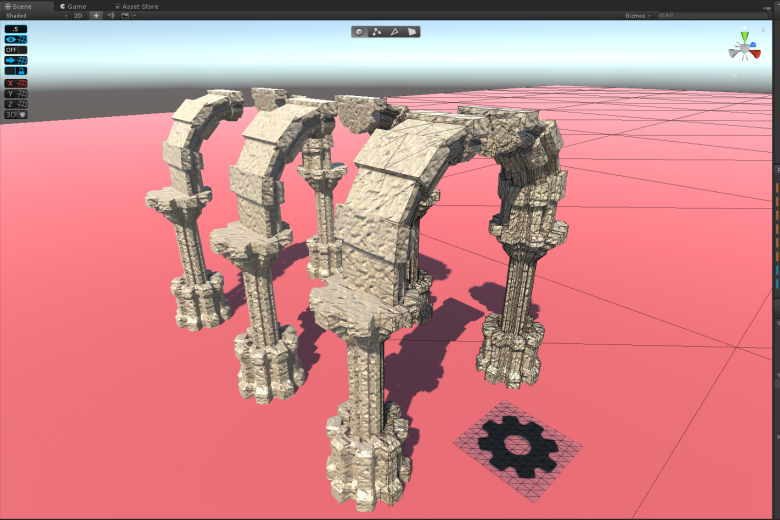 A simple exercise turned into something beautiful.

As is so often the case with Unity, a simple doodle or test can actually yield something nice and usable. I was giving a class on using the Pro builder tool that is now a package in unity. I went through the basics of using the prepacked primitive shapes, how they can be modified through extrusions etc and then turned to the shape tool. I wanted to create something quick but also complex enough that it would warrant using (spline based?) paths. I decided I would go with a column/archway combination, maybe something modular that could be reused in different orientations and settings. I had a think about columns and what a column might look like as a cross section and settled on using a Cog silhouette image that I grabbed from a google search. I then placed the cog texture on a plane with a transparent material and traced one quarter of it, very roughly, without grids or snap. I then used the snap tool to align the edge verts and then duplicated it and welded together the other four quarters. Then through repeated extrusion, scaling and rotating and a quick material, came up with the meshes seen here. All in all, it took about ten minutes. 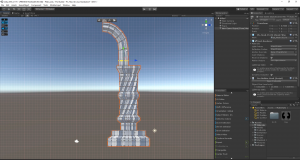 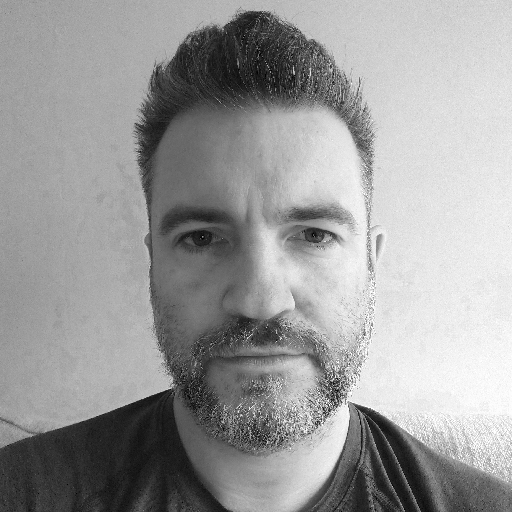 I have been working as a developer for nearly 20 years, 8 of those devoted to games. My primary tool of choice for app, game and interactive content is Unity 3D. I have been lecturing in Game Development, Level and World Design and 3D Modelling since 2015.